Uranium is the most energy potent raw material we have at our disposal. I believe a new dawn for uranium stocks is upon us. Nuclear Energy Is Safer Than Other Forms Of Energy.

In this blog post, I share my thesis on why I believe investing in uranium stocks is a good idea for the patient resource investor.

For example, compared to nuclear energy, the burning of fossil fuels such as coal and oil was responsible for 8.7m deaths globally in 2018, (Source: The Guardian), and many millions more serious and minor illnesses. In China, more than 650,000 people die prematurely p.a. as a result of coal-related air pollution.

The facts are simply mindblowing statistics:

Deaths By Form Of Energy Per TWh (Terra Watt Hours)

On the one hand, people idly live next to coal plants for decades (even the dirtiest brown coal plants!), and believe this is okay. On the other hand, they object to nuclear energy that has killed less than 5,000 people in its entire history! The transition to de-carbonizing the world will, so I believe, usher in a new era. An era in which the reputation of nuclear energy, and with it, the concept of investing in uranium stocks, is perceived.

I am by no means an expert in this space, just a DIY investor trying to understand how things work. And I believe we are witnessing an amazing opportunity. An amazing wealth-generation opportunity as we are still extremely early, and the wide public does not even look at the space.

How To Go About Investing In Uranium Stocks?

After watching the video back in 2018, I haven’t made any investment right away but started to pay more attention to it. Since then, I spent a lot of time researching the space. You can check out my entire uranium portfolio on my Thematic Portfolio page.

Now, you can either build up your portfolio of good uranium stocks or keep things simple and buy my recommended Uranium ETF, called North Shore Global Uranium Mining ETF, making investing in uranium stocks simple! As I mentioned before, I’d bring at least 2 or better 5 years for this thesis to play out! German dividend stocks have been hit hard by the general market decline in 2022. I am presenting three stock picks with an excellent risk/reward ratio. Here’s my Passive Dividend Income Report for the month of July 2022. I received dividends from 9 companies, and made 11 purchases. As the world’s largest dividend payer and largest mining conglomerate, BHP is a great buy-and-hold-forever stock. 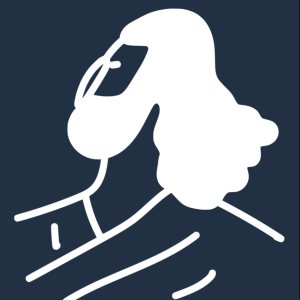 I am Noah, a financially-free DIY investor, hardcore passive income lover, and hunter of the world’s best dividend stocks. On this blog, I openly share my portfolios, what trades I make, and what passive income I generate. Grateful for what I have, hoping I can inspire others by sharing what I do.
Twitter Mail-bulk Newspaper
Sidebar